Global monetary expansion is making every CEO think about how to preserve and enhance shareholder value. To that end, Tesla’S CEO, Elon Musk, is converting the company’s balance sheet from dollars to bitcoins.

Michael Saylor, chief executive of digital currency advocate Micro Strategy, wrote in a response to A tweet from Musk: “If you want to achieve $100 billion in value for shareholders, convert Tesla’s balance sheet from dollars to Bitcoin. The rest of the S&P 500 will follow your lead and grow from $100 billion to $1 trillion over time.”

Tesla, which will be officially added to the S&P 500 on Monday, saw its shares jump nearly 6 per cent in pre-market trading to near the $700 mark, giving it a market value of $647.6bn. Tesla shares are up nearly 14% in the last five trading days, nearly 40% in the past month and more than 730% so far this year.

On the other hand, a surge in investment by large investors pushed the price of Bitcoin above $20,000 for the first time last week, before rising to a high of $24,299.75 on Sunday.

But musk still seems less interested in bitcoin than he is in Dogecoin, another web celebrity virtual currency. He has repeatedly tweeted that he is a big fan of Dogmoney. Musk’s profile has been changed to “former CEO of Dogecoin”. Every time he touts “dog money” on the Internet, it directly drives up its price. After Musk’s tweet on Sunday, “doggy dollar” soared nearly 20 percent and was listed as a trending Topic on Twitter.

Back in July, Musk posted a picture of “a dog dollar standard sweeping through the global financial system,” saying, “It’s inevitable.” That pushed dogmoney up 14%. Originally seen as a joke when it was first introduced in 2014, the virtual token is now worth nearly $570 million.

Bitcoin’s recent rise has also driven up the prices of other cryptocurrencies such as Ethereum. “As fiat currencies continue to depreciate, investors are looking for alternatives,” deutsche Bank analysts wrote in a note. We do feel that demand for bitcoin will remain strong."

The strong rally in prices this year has also been driven by the opening of networks to cryptocurrencies, such as PayPal, which is expected to make cryptocurrencies a mainstream payment method, although few businesses or individuals still use bitcoin for business transactions. 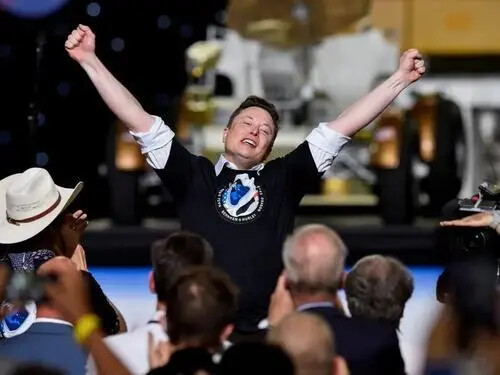