Lebanon is a country with a rich history in a difficult economic and political situation as it’s currencies value plummets, social and political unrest is on the rise and its neighbors on the border are embroiled in civil wars with refugees knocking on the door en masse.

Last but not least, I am sure you have seen the truly shocking explosion that rocked Lebanon a few weeks ago. Which killed 181 people and left approximately 300,000 people homeless. I might add that the population of the country is 5 million, this equates to around 6% of the population of the entire country being homeless!

Lebanon is a country that has seen unfair harms brought against it, and it’s up to us in the Crypto and Altruistic communities to help.

As I looked into Lebanon and understood it’s particular problems it became clear that sending money to it is a far more complex issue than simply donating to a charity. It has particular issues that it faces: namely Foreign Currency and Hyper Inflation.

In our fiat world, commerce and trade is actually powered by the use of foreign currency in order to buy imports. And while for those of us in richer countries, this is not really something of any concern. For smaller nations, or those going through periods of instability, FX reserves can be limited and this can lead to serious problems.

What is a nation to do when it runs out of Euros and Dollars and can no longer buy essential medicine that it can not produce itself?

This is an increasing crisis that Lebanon is coming to.

Lebanon imports a staggering 80% of its total products, this with severe inflation and income inequality for the last decade propagated by questionable banking decisions has led to an untenable economic situation. 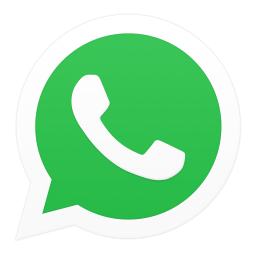 In 2019, a proposed tax on WhatsApp phone calls (Yes, really) started a series of protests leading to the PM’s resignation.

In a tourist/service economy during a global pandemic which has halted tourism, Coronavirus has not been kind. Black Market USD trading has an 85% reduction in the value of the Lebanese Lira and citizens are currently banned from withdrawing USD from their bank’s altogether as the state tries to grab as much of it as it can for vital supplies.

As banks and fiat continue to fail the country, people are turning to cryptocurrency as their lifeline for financial freedom and security, with bitcoin being a far more stable currency than the country’s own Lira.
And in comparison to the USD black market trading, the crypto trader’s 1-5% commission looks like a steal!

Lebanon has been seeing crypto to sell and buy items from phones to entire houses while easily being able to transfer the money out to other countries as needed, unlike the restrictive bank FX withdrawal policies.
What we’re seeing in real time, an economy adopting crypto en mass, and a great indicator of what we’re likely to see in times of economic upheaval in the future.

As the common people get to use bitcoin to protect and free themselves from their failing banks, only time will tell if the state itself might seek to use bitcoin in order to do large import transactions to get around its current FX issues.

Now just to set up the infrastructure for them to use XCV !!1